Updated: Jan 12 2020
The Ultimate guide to Australia's most Famous Beach.

Bondi - Australia’s most famous beach is a sight to behold. A perfect golden sand bay with rocky cliffs on both ends, the iconic Bondi Pavillion taking centre stage and Bondi Icebergs rockpool overlooking the surf, this truly photogenic beach is also its busiest. Bondi is the closest beach to the city and for this reason sees quite an influx of tourists and day-trippers during Summer months. Who can blame them, there is never a dull moment in Bondi whether you are hitting the waves, swimming at one of the ocean pools or just working on your tan on your little slice of the beach. 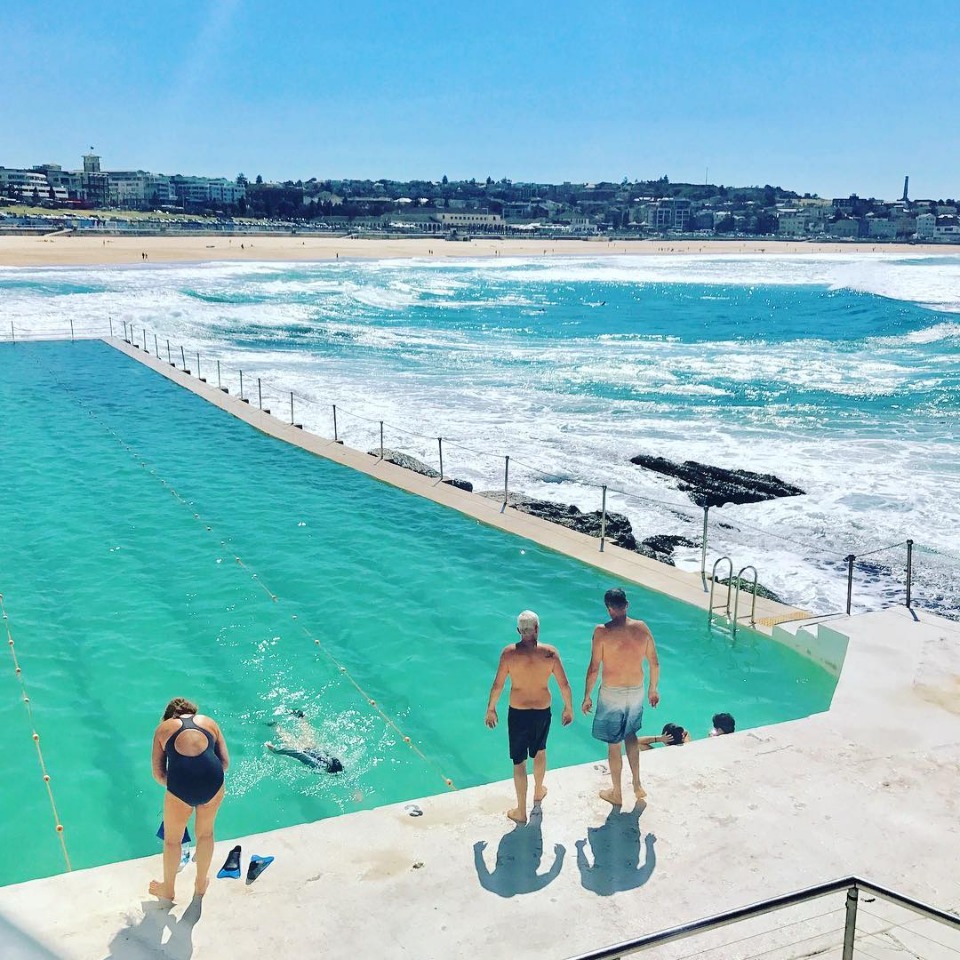 Bondi is patrolled by lifeguards as seen in the hit series Bondi Rescue. If you have watched the series you will know that you should always take care in the ocean. There is usually a flagged swimming area and you should swim there if the surf gets big.

Rips are quite strong at Bondi since it is exposed to the much of the Southerly swell. At the Southern end of Bondi is the ‘The Backpackers Express’, jokingly named because it has the ability to sweep up tourists and transport them out to the back in a flash.

The iconic Bondi Baths at the Southern corner has an ocean pool overlooking the surf. The Bondi Icebergs pool is a 50m lap pool with an adjacent kids pool. One of Australia’s most photographed locations, people come to the pool as much for a photo poolside as they do for a swim. All this beauty comes with a price however, there are entry fees to the pool and sauna. In the Northern end of Bondi in front of Biddigal reserve there are 2 rock pools catering to children. The mermaid pool is a beautiful mosaic tiled pool set into the rocks which is shallow enough for kids. On higher tides, there is a natural rock pool which forms next to it, and if you are lucky you may see some sea life.

Bondi is also home to the Bondi Icebergs swim club. So named because its members are required to complete 75 swims which take place in Winter months. If you are a masochist or simply love the challenge check out their website. 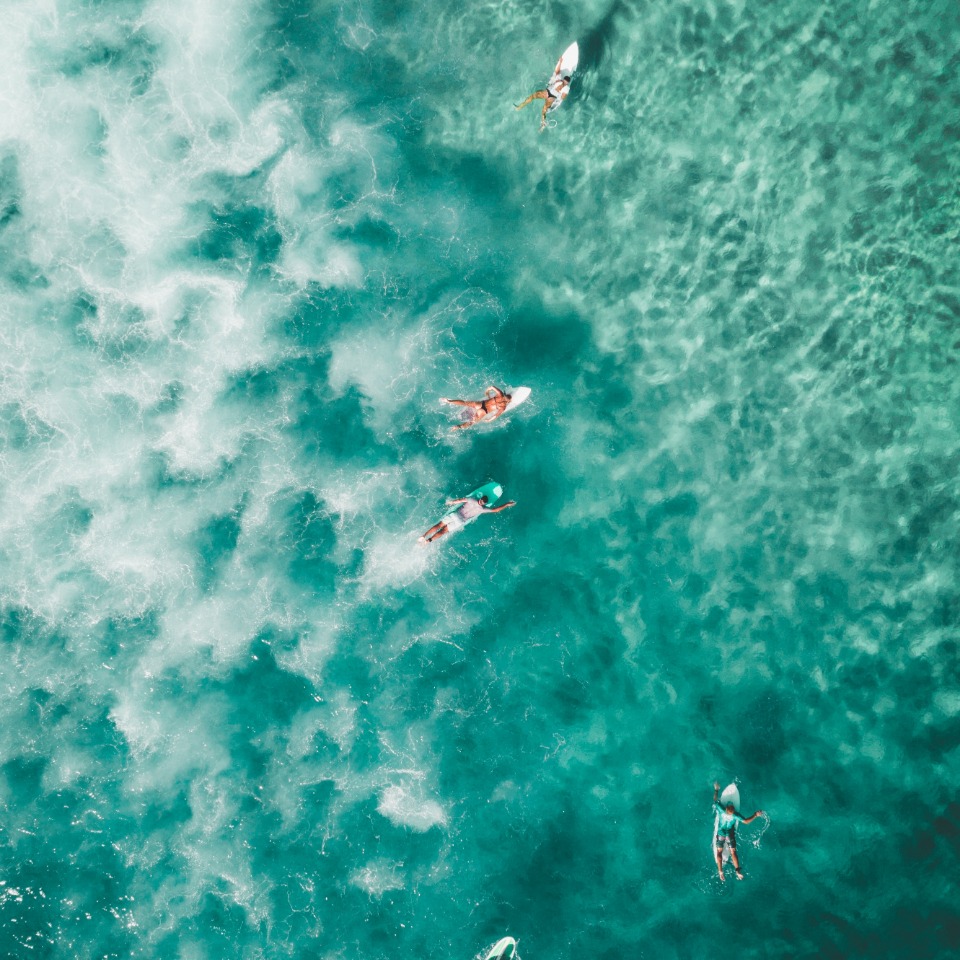 The Southern end of Bondi usually sees bigger waves and more rips and is where local rippers hang out. The Northern end has a gentle sloping beach and more beginner friendly waves. Bondi has rules relating to the use of surf craft. Fibreglass boards are only allowed at the Southern end of the beach. While softboards are allowed anywhere except the flagged swimming areas. The next beach down, Tamarama usually has a left hand wave breaking behind the rocks. Further South, Bronte beach has beach breaks and a right reef break at the Southern end.

Learning to Surf in Bondi

Bondi can be a fun place to learn how to surf and there’s lots of things to do around here after your surf lesson. A couple of surf schools operate in this area that will get you stroking into your first wave. There are also surf shops near the beach where you can rent out boards and wetsuits. 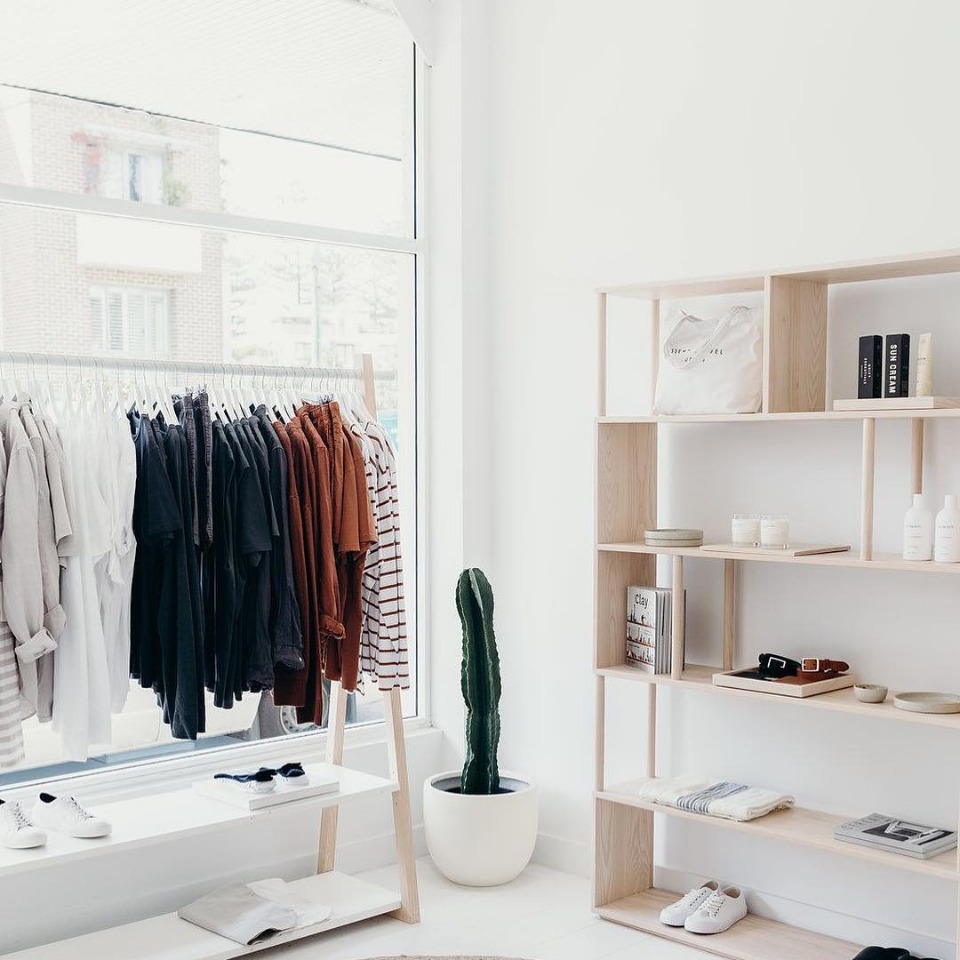 Bondi locals are a stylish lot and they all seem to have that natural carefree urban beach style that must come with living beside such a beautiful place. Bondi has a couple of shops and boutiques for the fashion able. Of note are the local home grown brands showing off that Sydney style.

Bondi outpost for high end international surf fashion store Saturdays NYC. In store cafe churns out brews while you think of ways to lighten the wallet.

A very popular 6km coastal walk which takes you from Australia’s most famous beach through to Tamarama, Bronte, Clovelly and ending at Coogee. The walk takes you past bays, marine reserves, cliff tops, parks and a famous coastal graveyard. Along the way there are lots of spots with sweeping views of the coast, and beaches for a swim or snorkel.

Skate by the Beach

Bring your skateboards, scooters and bikes to Bondi’s skatepark right by the beach. The Bondi skatepark is well maintained by the local council and entry is free for all skaters.

The Bondi Markets take place every weekend at Bondi Beach Public School. On Saturday, the Farmers Market is where you can pick up fresh produce and gourmet food, while the Sundays markets offer arts & crafts, fashion & homewares. bondimarkets.com.au

Whether you are after a quick bite, wine and tapas, or a sit down meal with friends there is no lack of choice in Bondi. 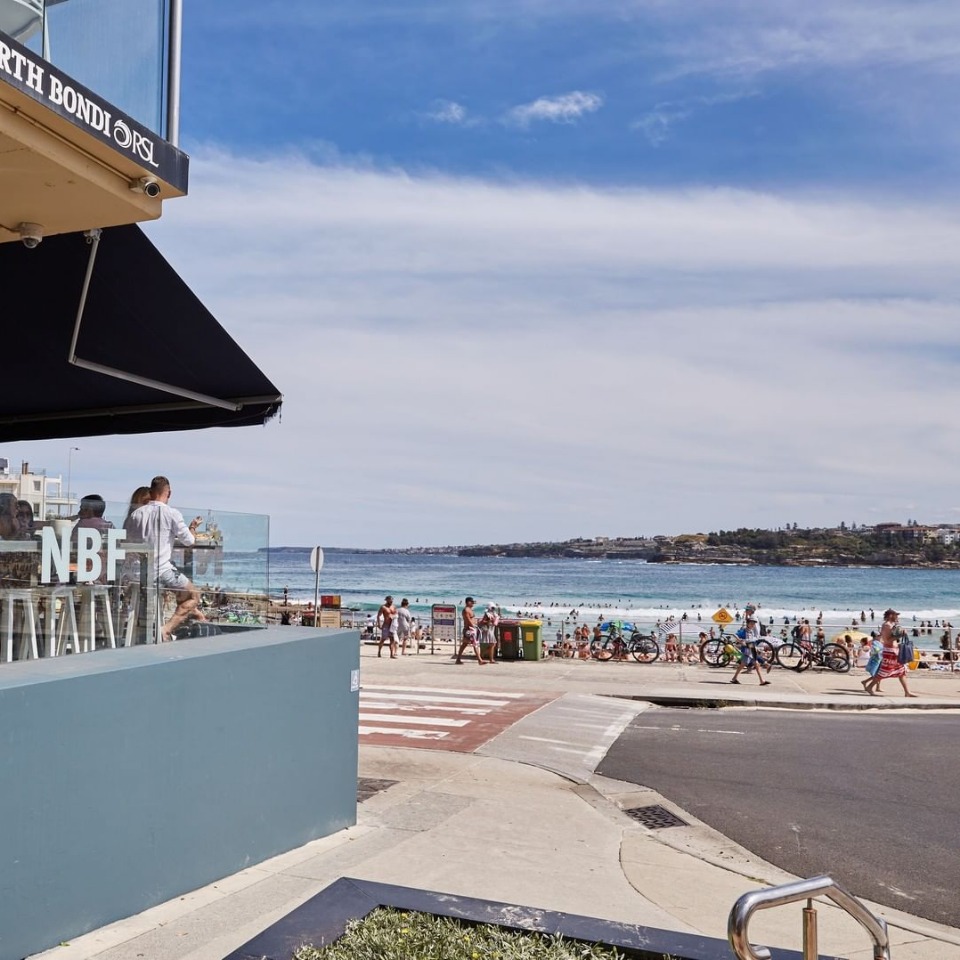 Steps from the sand at North Bondi, this modern seafood restaurant has a balcony with amazing views across the length of Bondi beach. Live DJ sets keep the vibe energetic on Summer weekends. 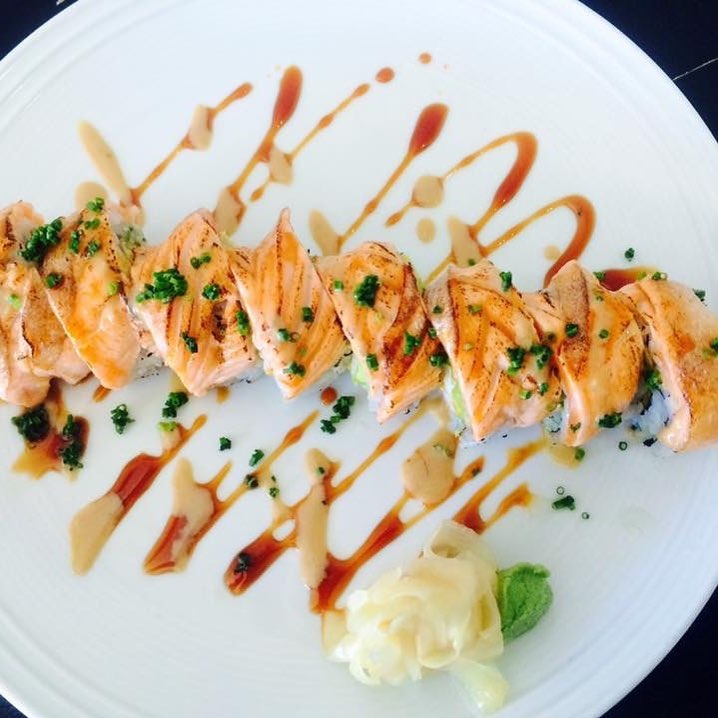 With 2 locations at Bondi you can choose from a casual eatery at North Bondi or the Hall st restaurant. Both locations serve modern seafood and sushi with ingredients sourced fresh daily. 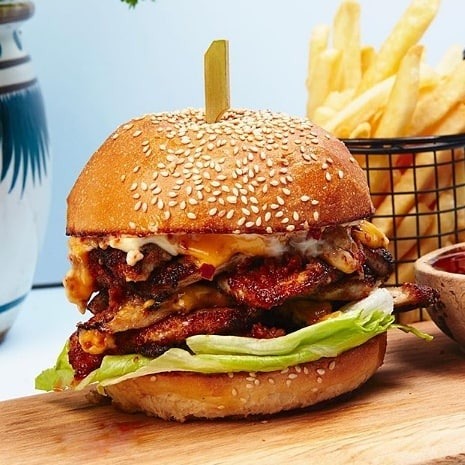 Extremely popular takeaway in North Bondi, Little L does incredible chicken burgers and bbq chooks with sides of fries & salads. Their home made chilli sauce will ‘blow your mind’.

A short walk from the beach, Bondi Tony’s is a burger institution laced with rock music influences. Eat in or takeaway the big tasty gourmet burgers named after Aussie rock bands. 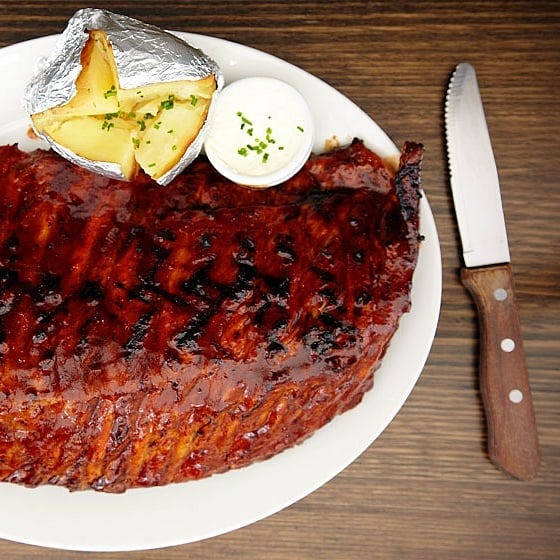 The Bondi beach restaurant was the first Hurricanes to open its doors to the public. The South African style steak house knows how to do meat and has built up a fan base over the years.

Milky Lane is a mix of Hip Hop and burgers with a b-side of guilty desserts and non-classical cocktails. The menu is updated regularly to keep things fresh for burger aficionados. 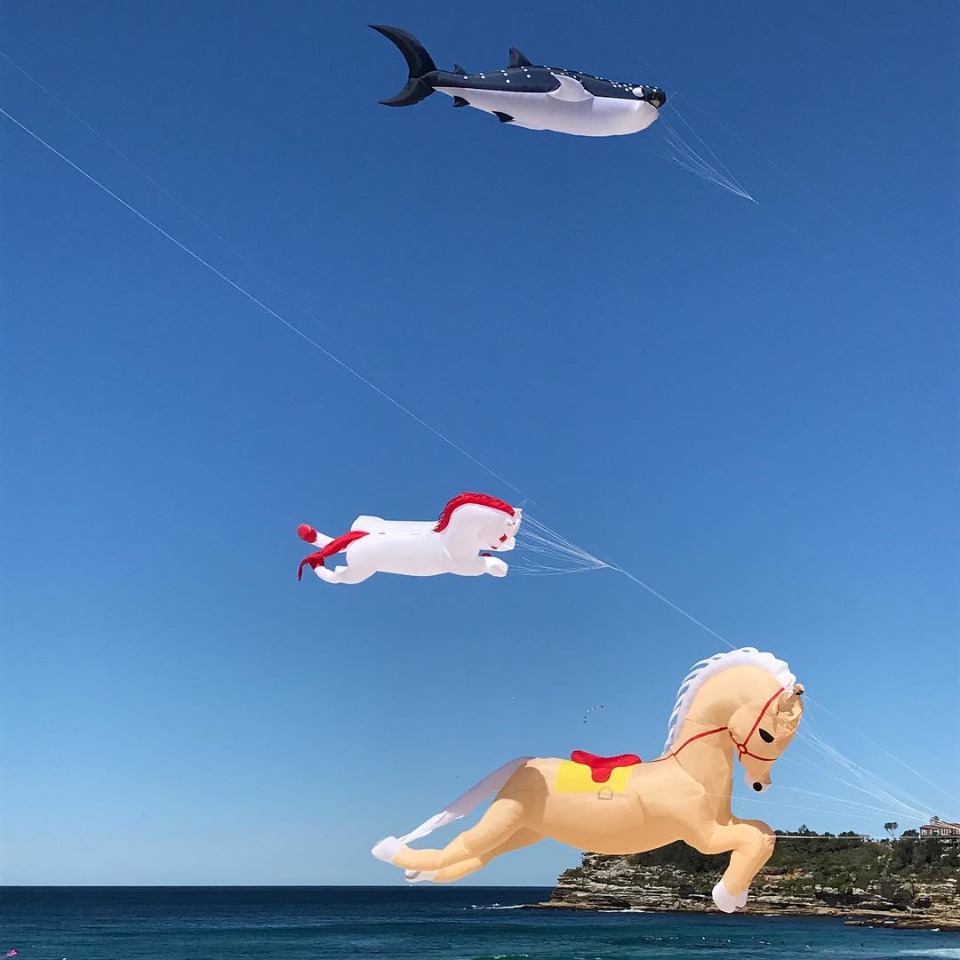 One of Australia’s most famous long distance swimming competitions. The course starts at the lifeguard tower in Bondi, wraps around MacKenzies point and ends at the Bronte SLSC for a total distance of 2.5km. bonditobronte.com.au

The City to Surf run is one of Australia’s most popular running events, starting at the Sydney CBD and ending at Bondi a total of 14km. It features a competitive race as well as a more colourful fun run. city2surf.com.au

Australia’s largest short film festival takes place over a week at Bondi. Grab some seats under the stars at Bondi Pavillion for the open-air screenings. flickerfest.com.au

Festival of the Winds / September

See colourful and imaginative creations take to the sky at this internationally known kite festival. It’s a free event with kite making workshops, lots of food, entertainment and musical performances. festival of the winds